1. The club is called Bristol South Cycling Club.
2. The club colours are red and gold.
3. The club affiliates to British Cycling and other cycling associations agreed at AGMs.

7. Club membership is open to both sexes.
8. Membership applications shall be considered at the next Committee meeting. All current or prospective club members are invited to Committee meetings.
9. Approved candidates become members upon payment of their subscription.
10. New members will be 1st claim unless they specifically request to be 2nd claim.

12. A member wishing to resign from the club should give written notice to the Membership Secretary. The resignation will be accepted provided all subscriptions have been paid up to date.
13. Club membership of existing members will lapse if they fail to pay the annual subscription by 31st October
14. Club members behaving in a manner detrimental to the welfare of the club will be expelled. Resolutions to expel members must be put to a General Meeting and be passed by at least two-thirds of the total number of votes cast.

24. 10 members form a quorum for General Meetings and 5 officers form a quorum for Committee Meetings.
25. Resolutions put to meetings pass if they get a simple majority of those voting except for resolutions to expel members when a two-thirds majority is required.
26. The Chairman and other officers can vote on resolutions put to meetings in the same way as ordinary members.
27. When a vote is tied the Chairman has the casting vote.
28. The Chairman decides all questions of order at all meetings.

29. Only the Chairman, Secretary and Treasurer can sign cheques drawn on the club’s bank accounts and all cheques must be signed by 2 of these 3 officers.
30. The Committee Meeting must approve any expense over the value of £100.

31. Alterations or additions to these rules can only be made at the AGM.

32. AGMs elect an Auditor to audit the club finances over the coming year.
33. The current Auditor cannot be a member of the Committee.

34. The Club Captain or their appointed deputy takes the lead on club runs and members must follow any instructions they give.
35. The leader regulates club runs according to the ability of the riders present.

36. Club time trials conform strictly to CTT rules and any breach of these rules renders riders liable to disqualification.
37. Members can win only one prize in any club time trial. Club Standards are not classed as prizes. 2nd claim members can only win handicap awards.

38. Club Standards are set for all the normal time trial events and for some point to point runs (see table).
39. Attempts to achieve club standards must be conducted according to CTT rules.
40. Members can compete for Club Standards provided they have not previously attained the standard times in recognised time trials.
41. Awards are based on best times achieve during a year; e.g. beating the A & B standards of an event for the first time in a year receives only the A award.
42. Members must supply evidence of qualifying rides to the Time Trial Secretary for the club to recognise the awards.
43. Special conditions for point to point rides:
a) Members must give the Time Trial Secretary 7 days notice for each attempt at a point to point standard specifying the start date & time and pay 50p that is forfeited if the ride fails to start.
b) The Time Trial Secretary has sole discretion to decide if rides can take place.
c) Rides may be made at any time but standards attained after the first weekend in October may not be awarded until the following year.
d) Riders must be unpaced entirely alone and not preceded by mounted helpers within sight. Mounted helpers may follow riders at a distance greater than 100 metres but may not coach them by audible signals. Food etc. may be handed up by a helper on foot.
e) The starting interval between riders is at the discretion of the timekeeper.
45. Special conditions for 12 hour rides:
a) Riders carry official checking cards that must be signed by the rider and a witness who actually saw them riding. The cards must be blank before rides begin and must be returned to the Time Trial Secretary within 3 days of rides.
b) Having once achieved a 12 hour standard members may not attempt that standard again but unsuccessful riders may make further attempts.

* Course from inside City boundary to Tetbury Cross and back.
The standards for ladies and male tricyclists are 10% greater than the table values. 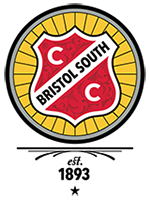 Bristol South is committed to promoting diversity and inclusivity as a cycling club. We welcome all new and prospective members – please see our club runs page to find out how to join us and feel free to get in touch with any questions. We look forward to riding with you!